In episode 4, Mike King and Zach Chahalis of iPullRank discuss the opportunities and challenges that are surfacing in the world of AI-written content for SEO.

They share insights on how SEOs should be using AI content to supplement their efforts and how Google’s algorithm updates may impact sites that opt to use the technology.

Mike and Zach also give their predictions on where AI technology is headed in the future.

I think that there are a lot of misconceptions because people don’t really understand how it works… like most things in SEO.

I think we are going to see them (Google) checking the bad stuff. And I believe that both the Spam Update and the Helpful Content Update are steps in that direction. Not to say that those were the sites that necessarily got hit, because I haven’t seen true evidence of that.

AI determines the probabilities of the next word in the sequence based on learning from tons and tons and tons of writing across the web. And so that’s inherently going to be difficult to definitively track without there being a lot of false positives and false negatives.

So I’m very skeptical that these latest updates that just came out were able to identify that so perfectly, that that is why people lost their rankings.

But I don’t think those tools are inherently bad, especially if you’re using them in the right way and you’re not just spinning up a whole bunch of terrible content and throwing it right out on the web like people used to do with content spinners and things like that.

So I don’t think they’re the boogeyman. I just think they need to be used in the right way to scale content creation.

It can be if used incorrectly, but I think we’ve come a long way.

Even just to what Mike talked about, many years ago with content spinners and just absolutely trash-reading content, AI content has come a long way. There is a place and a space where it can be used effectively. In some cases, the inability to differentiate between some well-written AI content, and quite frankly, some poorly written human content.

I do think to Mike’s points, the algorithms are trying to go in that direction and trying to maybe get a little bit savvier in the way of trying to identify it, but so far I haven’t seen it fully take effect.

How should SEOs be using AI-generated content (written or visual)?

So I think the visual content is such a new arena and is really cool.

There’s a lot of opportunity for us to be generating more imagery with our content, and that’s largely been, frankly in SEO, one of our debilitating factors with the content that we create in that it’s not visual enough.

But on the written side, I think the whole thing is that you can’t just generate it and dump it on the web because one of the things that these really bad at, is factual information.

I talk about this in my blog post (COMING SOON) where there have been some strides specifically with GPT-3, where they’re trying to improve its ability to give factual information. But the bottom line is it’s always gonna be hit or miss because again, it’s a series of probabilities about what is the next word.

Based on statistics, effectively not whether or not is actually true. So I say all that to say you can’t use large language models without editing the content that comes from them.

When you’re looking at the video content that’s been created from an AI perspective,  look at some of the deep fake videos that are out there.

There’s some really cool stuff that’s happening in this arena that can be used to build out very good supplementary type content for SEOs to use, especially when you factor it in with things like video optimization, structured data, and all those things that can go along with it.

You could use AI to help offload some of the work around the actual content creation, but some of these things, when it comes out of it just as it is, there are grammatical issues, there are readability issues, and there are fact-checking issues.

There’s a whole bunch of things that are inherently a part of generating content through AI that need to be smoothed out and, I think to Mike’s point, once an editor’s going through this, how can you say it’s not human-created? The human’s gone in and edited it.

So I think there’s a lot of value in it, potentially helping to offload some of the work there.

But as it currently stands, and maybe it gets smarter down the line, maybe things continue to improve in this arena. Maybe it gets better to the point where you don’t have to edit it as much. But right now, you can’t put out AI-generated content unless you legitimately want it to look like it was written by someone that doesn’t speak English as a first language.

What's the future trajectory of the technology and its impact on SEO?

I really think it’s getting closer to that perfectly optimized content like I was just saying. And then if it levels the playing field for everyone to be able to generate a ton of this optimized content at scale, what is it that a search engine looks for? Of course, they’re gonna look for authority and so on and so forth, but assuming everything is equal, how do they determine what is the best result? And again, I think that’s where humans come back into the space.

How do I reinvent something new? Or how do I talk about this subject in such a way that it hasn’t been talked about before? And at that point, that becomes the more valuable thing to rank well.

So it’s really just a long way around for us to get back to people making content of value. That changes perspectives on things. I think one of the things we should be thinking about with this technology is its ability to make it so people don’t have to write  “SEO” content anymore.

A machine can do that, and then you have those people doing more creative pursuits, writing more editorial-style stuff, rather than writing the 200 words that go at the bottom of a category page or something like that. So I think that’s the future, really, just giving us back the ability to create things that are more focused on utility and creativity. While just doing all the table stake stuff using algorithms.

I do think it’s going to get savvier and more usable and more efficient over time. The one that was sticking out to me, and Mike kind of alluded to it with category pages, but I was also thinking of product descriptions.

There are certain situations where you can leverage AI content today to kind of take some of the (I hate to say “grunt work”), but some of the grunt work out of content creation so that you can focus on the right areas. Write what you’re passionate about, write what is a differentiating factor for you, versus trying to create new content because you have a purple product and a green product.

So I think there are some ways that you can use some AI content there with editing to go down that path, but that allows you to focus that time somewhere else. 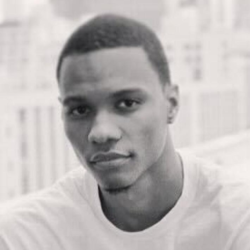