A lot has changed since we first published our Twitter Sentiment Analysis on United Airlines in 2017. We have updated this post to include new information and examples.

Over the past two weeks, the internet’s viral outrage has been targeting United Airlines, the brand that has been in crisis mode after a bloodied passenger was forcibly dragged off a plane. Millions of people witnessed videos of the incident being spread over social media.

With today’s interconnected world, a public relations crisis can start with one tweet. While American Airlines might be feeling great about the millions of mentions the brand received on Twitter, the brand could be in trouble if most mentions are filled with complaints and sarcasm.

What is Sentiment Analysis?

Sentiment Analysis is the process of determining whether a piece of writing (product/movie review, tweet, etc.) is positive, negative or neutral. It can be used to identify the customer or follower’s attitude towards a brand through the use of variables such as context, tone, emotion, etc. Marketers can use sentiment analysis to research public opinion of their company and products, or to analyze customer satisfaction. Organizations can also use this analysis to gather critical feedback about problems in newly released products.

Sentiment analysis not only helps companies understand how they’re doing with their customers, it also gives them a better picture of how they stack up against their competitors. For example, if your company has 20% negative sentiment, is that bad? It depends. If your competitors have a roughly 50% positive and 10% negative sentiment, while yours is 20% negative, that merits more discovery to understand the drivers of these opinions. Knowing the sentiments associated with competitors helps companies evaluate their own performance and search for ways to improve.

How to Perform Sentiment Analysis?

To have access to the Twitter API, you’ll need to login the Twitter Developer website and create an application. Enter your desired Application Name, Description and your website address making sure to enter the full address including the http://. You can leave the callback URL empty.

Then, put this information into the variables defined in the Python code attached here:

This Twitter Crawler allows you to scrape tweets against hash tags and store the tweets into a csv. For this tutorial, I scraped all the tweets containing #UnitedAirlines from April 3, 2017 to April 16, 2017.

MonkeyLearn has a built-in module “English tweets airlines sentiment analysis” that analyzes sentiments for tweets about airline reviews. This module can classify airline tweets into positive, negative and neutral with an accuracy of 81%.

When uploading the .csv file that contains United Airline tweets in MonkeyLearn, we need to discard the first row and ignore the time column.

In this built-in module, text data is automatically preprocessed and stop words are filtered out before applying the support vector machine algorithm.

With this text classifier, we can label each Tweet as positive, negative and neutral sentiment in a few minutes. However, human language is complex. Teaching a machine to analyze the various grammatical nuances, cultural variations, slang and misspellings that occur in social media is a difficult process. Teaching a machine to understand how context can affect tone is even more difficult. Humans are fairly intuitive when it comes to interpreting the tone of a piece of writing. Consider the following example:

Most humans would be able to quickly interpret that the tweet was being ironic about United Airlines’ disastrous “passenger re-accommodation”. By applying this contextual understanding to the sentence, we can easily identify the sentiment as negative towards United Airlines. Without contextual understanding, a machine looking at the sentence above might see the word “genius” and categorize it as positive.

The above example shows how sentiment analysis has its limitations and is not to be used as a 100% accurate marker. As with any automated process, it is prone to error and often needs a human eye to watch over it.

As you can see with this graph, there are much more negative tweets about United Airlines than positive tweets since April 10. It also shows how many brand mentions Southwest gained from United Airlines’ PR crisis. From this graph, we establish an idea of how much attention (positive vs negative) this topic brought during the past two weeks. The graph below specifically visualizes the negative sentiments for both United and Southwest Airlines.

In the beginning, it might be difficult to understand why the percentage of negative tweets for Southwest Airlines, who was supposed to be benefiting from this crisis, increased instead of decreased. With further investigation, we discovered that the machine was confused by negative sentiments that include both United Airlines and Southwest Airlines. For example, a tweet that claims, “Don’t think I’ll be flying #unitedAIRLINES ever again… #SouthwestAirlines” will confuse the sentiment analyzer and be classified as negative. This indicates another limitation of sentiment analysis: it’s hard for machines to distinguish sentiments for different subjects.

Sentiment analysis can also discover the most frequently used words among positive, negative or neutral tweets. In the chart below, the larger the size of the bubble indicates the higher frequency of the word appearing in a set of tweets. From the bubble chart, we can see the most frequent words in negative tweets are “united”, “airlines”, “passenger” and “overbook”. While compared to negative sentiments, words in positive tweets appear in much smaller magnitude, such as “friend”, “opportunity”, “brilliant” and “welcome”, some of them are actually sarcastic about this incident.

Build Your Own Sentiment Analyzer

For those who are interested in the methodology behind sentiment analysis, I will briefly explain the algorithm and introduce a way to build your own sentiment extractor in Python. The purpose of the sentiment extractor is to be able to automatically classify a tweet as a positive, negative or neutral sentiment, which can be reformulated as a classification task in machine learning world. Classification is the task of choosing the correct class label for a given input. One example of a classification task is: deciding what the topic of a news article is, from a fixed list of topic areas such as “sports,” “technology,” and “politics.”

In this section, we will deal with the Naive Bayes Classifier and Support Vector Machines, which are both built on training corpora while containing the correct label for each input, hence these methods fall under the category of supervised classification. You can find detailed code here.

Here are some sample tweets along with classified sentiments:

Before we start building the analyzer, we first need to remove noise and preprocess tweets by using the following steps:

One important step in building a classifier is deciding what features of the input are relevant, and how to encode those features. For example, we can use the ending letter of the names as a feature and build a classifier to identify gender with these distinctive features. Specifically, names ending in a, e and i are likely to be female, while names ending in k, o, r, s and t are likely to be male.

Similarly, we can use the presence or absence of words that appear in tweet as features. In the training data, we can split each tweet into words and add each word to the feature vector. Some of the words might not indicate the sentiment of a tweet and we can filter them out. Then merge individual feature vector into a large list that contains all the features and remove duplicates in this list.

Adding individual words to the feature vector is referred to as ‘unigrams’ approach. Here, for simplicity, we will only consider the unigrams and below are some examples of features extracted from tweets.

In Naive Bayes classifiers, every feature impacts which label should be assigned to a given input value. To choose a label for an input value, the naive Bayes classifier begins by calculating the prior probability of each label, which is determined by checking frequency of each label in the training set. At this point, we have a training set, so all we need to do is instantiate a classifier and classify test tweets.

The Support Vector Machine (SVM) algorithm tries to find a hyperplane which separates the data in two classes as optimally as possible. However, for sentiment analysis we have three classes (positive, neutral, negative). How can we tackle datasets with more than two classes?

There are two approaches for decomposing a multiclass classification problem to a binary classification problem: the one-vs-all and one-vs-one approach. In the one-vs-all approach one SVM Classifier is built per class. This Classifier takes that one class as the positive class and the rest of the classes as the negative class. In the one-vs-one approach, you build one SVM Classifier per chosen pair of classes.  To make things simple, we chose the one-versus-all approach where we decomposed our problem into training three binary-classifiers.

When building your own analyzer, there is no best algorithm fits all type of text data. According to a Stanford University research, Naive Bayes outperforms Support Vector Machines on short snippet sentiment classification tasks, while an SVM is a stronger performer when analyzing sentiments for longer reviews.

When the situation of COVID-19 became more and more serious, especially after the Centers for Disease Control and Prevention (CDC) recommended people continue social distancing and wearing face masks, more and more people appear to be concerned about group activity.

On May 17, FOX6 posted a video on Twitter posted by an American Airlines passenger.  The video shows a crowded plane with most of the passengers not wearing face masks. The passenger, who was wearing a face mask, also said that she has never felt so unsafe in her life.

Why do brands need to know about Sentiment Analysis?

Use a State-of-art Pre-trained Model

Since the Naive Bayes Classifier is a basic model, the results do not meet higher accuracy requirements. Today we are glad to introduce a simple method using a pre-trained model to help you generate state-of-art sentiment analysis results.

You can use Jupyter Notebook to complete the task, but we highly recommend using Google Colab instead. Do not be surprised that the below is all the code you will need.

The pipelines are a great and easy way to use models for inference. These pipelines are objects that abstract most of the complex code from the library, offering a simple API dedicated to several tasks, including Sentiment Analysis.

You can find the code here. Let’s start

2. Use GPU to run your code

One of the amazing advantages of Google Colab is you can use GPU for free, which allows you to generate results much faster, especially when you deal with a complicated model or a large dataset.

Since Transformers library is not preinstalled in Google Colab, the first step is to install it.

Here I used two tweets that are shown in step one.

As you can see, besides sentiment results, the model provides the possibility for each result as well.

How should brands use Sentiment Analysis?

Here are some useful resources for building a sentiment analyzer:

Creating a sentiment analysis model with Scrapy and MonkeyLearn

Does your Social Media Strategy need work? Let’s talk and see how iPullRank can help. 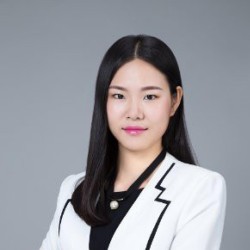 Excel Basics: How to Use VLOOKUP